At the crossroads of the Mediterranean, halfway between Europe and North Africa lies the Maltese archipelago consisting of 3 main islands. Malta (the largest island), Gozo and Comino covering a surface area of 316 km². Of the three islands, Malta can be considered to be the hub of administrative and commercial activities. Gozo, the second largest island is more rural, characterised by fishing, tourism, crafts and agriculture while Comino is largely uninhabited.

Because of its strategic geographic location and its excellent harbours, Malta has always been a major attraction to the world’s maritime powers. As a result, Malta was ruled by many foreign powers, starting with the Phoenicians and ending with the British. Thus Malta was in continuous contact with diverse cultures, which greatly enriched the islands’ historical, archaeological and cultural heritage. Malta boasts of a 7,000-year history with prehistoric temples older than the pyramids of Egypt and Britain’s Stonehenge.

Today, Malta’s relaxed lifestyle, its climate and sea make it a favourite holiday destination. The Maltese Islands also boast of a number of natural attractions, from its unique limestone walls and natural harbours to its clear crystalline waters and beautiful coastline as well as a number of folklore and traditions ingrained deep in the heart of the Maltese culture. 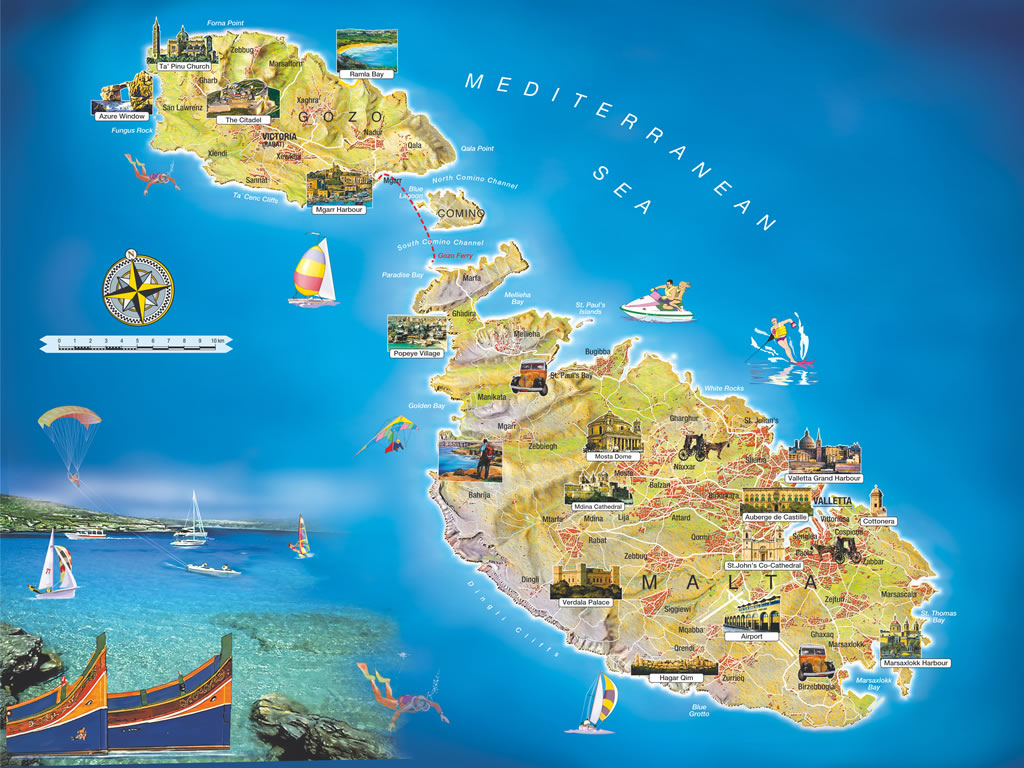