Three years before the Great Siege of 1565, Mgr. Leonardo Abela, born in Mdina from a noble family, decided to build his Summer residence – a hunting lodge – in the village of Tarxien.

It is believed that this Palazzo was one of the first to be built amongst many others during the sixteenth century by noblemen and grandmasters.

Building started in the year 1562 and took two whole years to complete. The main building consisted of a lounge and dining area, few sleeping quarters, kitchen and pantries and three large water reservoirs. Mgr. Abela’s sleeping quarters also included a personal private chapel. The charm and character of this Palazzo is observed by the number of other small rooms, shapeless spaces linked to each other, an underlying den for farm animals, carriage and horse area, and the garden and grounds.

In 1582, Mgr. Abela was ordained Bishop of Sidonia in Asia Minor by Pope Gregory XIII. 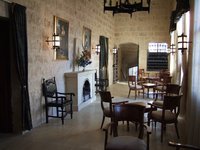 It is said that the Palazzo was taken over by the Turks during the attempted invasion of our Islands in the Great Siege of 1565. It has to be reminded that during that time, the land of this hunting lodge extended to the seaside resort of Marsascala, so the invading Turks had no problem in occupying the Palazzo and using it for their needs during those dark days on the Maltese Islands.

After the Siege, Bishop Leonardo Abela was using the Palazzo for a couple of months of the year. His main activity was in Sidonia converting Muslims into Christians and reporting his activities to the Pope in Rome. His only time available in Malta was when he was traveling back and forth from Rome to Sidonia.

The Palazzo was his second home until his death on the 12th of May, 1710. He was then taken and buried in the St. John’s Lateran Basilica in Rome.

In the early 1900’s, the Palazzo was used by the British Armed Forces as a place for rest and recreation. Even during the World wars, the Palazzo had some various important guests. It is said that the British Prime Minister, Sir Winston Churchill, had secret meetings at the Palazzo.

After the war, the Palazzo was used by the local government as a primary school, and during the early sixties was leased to a ‘wealthy’! Canadian who also managed to swindle a large amount of money from the Curia, before going back to Canada. During the seventies, it was again leased to a British lady who developed it into a ‘health Farm’ resort but unfortunately had to close down in the late eighties.

In 1995, the present owners bought the Palazzo from a total of twenty three owners who were heirs of noble birth. The Palazzo has now been restored to its former glory and participants of AEGEE-Valletta Winter Event 11/12 will be staying at the apartments build adjacent to it. 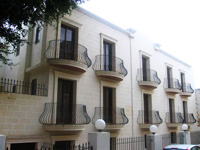 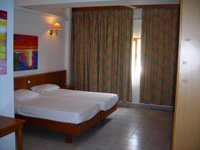 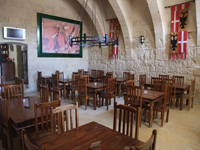